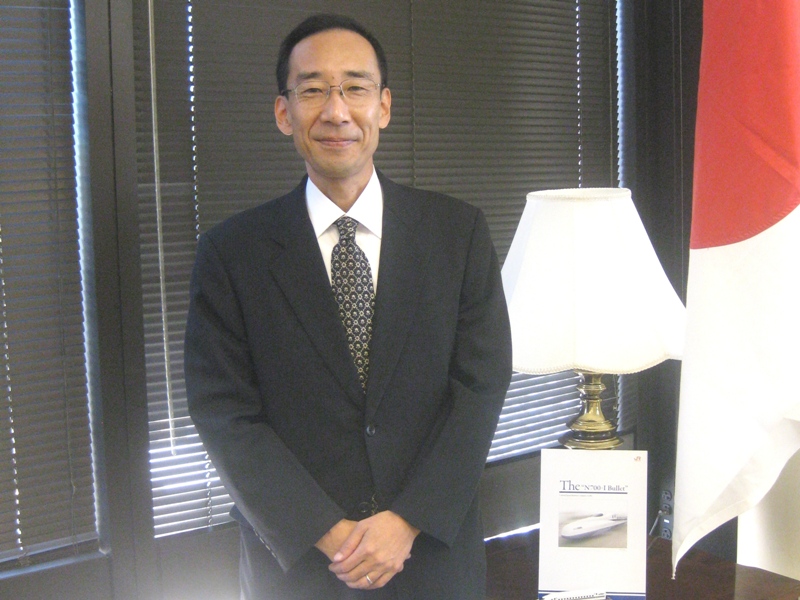 On October 7th I arrived in Texas and took my post as Consul-General of Japan at Houston.  I have only been in Houston for a few short weeks but already have the feeling that Houston is a city where you can find exactly what you want, where you want it.  The diversity of culture is most impressive, and I am especially excited to see the extent to which the region already involves itself in, and embraces Japanese culture.  I am very much looking forward to the opportunity to visit many cities in Texas and Oklahoma in due course.
As Consul-General I believe that in addition to supporting the Japanese community in my jurisdiction (Texas and Oklahoma) I am also here to introduce American citizens to Japanese culture and find new ways for our two countries to work together.  I hope that you will not hesitate to contact the Consulate and use us as a resource for any Japan-related needs you may have.
Another main goal of the Consulate is further developing important political and economic ties between the Texas/Oklahoma region and Japan.  Japan and the U.S. share fundamental values and the relationship between our countries is increasingly interdependent.

On behalf of Japan I cannot miss this opportunity to thank Houstonians and citizens of the greater Texas/Oklahoma region for all of the support and encouragement you have offered in response to the disaster in Japan last March.  Thanks to your continued generosity, Japan is well on its way to recovery.