The Consulate’s 80 years in Houston: Thanking the community and fostering friendship with Japan

2021/3/12
On Tuesday, March 2, the Consulate‐General of Japan in Houston celebrated its 80th anniversary since its opening on March 2, 1941. To commemorate this, the Consulate held an online celebration event, which was attended by about 300 people. Consul-General Fukushima was deeply appreciative of the warm support and cooperation of the local community in the Consulate-General’s 80-year history. He congratulated the development of tight-net of relationship between the local community and the Japanese community during this period. At the event, guests such as Mayor Sylvester Turner (City of Houston), Mr. Laird Doran (Chairman of the Japan America Society of Houston), Mr. Glen Gondo and Ms. Donna Cole (Directors of the Japanese-American Citizens League), and Mr. Kunio Minami (Director of the Greater Houston Japanese Association) sent congratulatory messages. 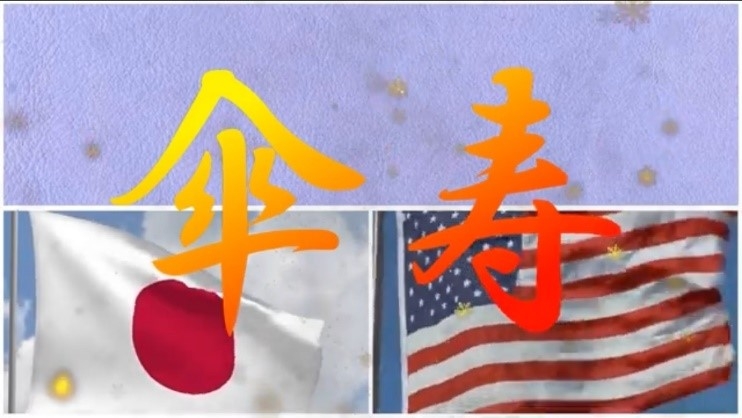 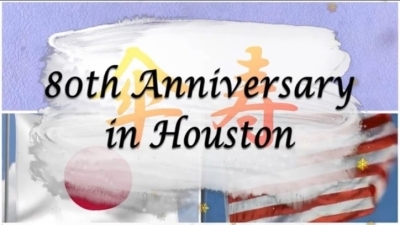 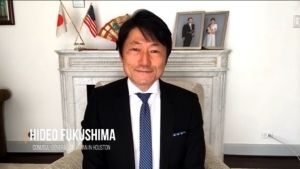 The text of the greeting from Consul-General Fukushima at the event is as follows.

The Consulate’s 80 years in Houston:
Thanking the community and fostering friendship with Japan

1. “The urgent need to establish a consulate in Houston”

This year 2021 marks 80 years since the Japanese Consulate in Houston was established. The original office first opened on March 2, 1941, as the Houston branch of the former Consulate-General of Japan in New Orleans. According to our records, Japanese Ambassador to the US Kensuke Horinouchi understood Houston’s remarkable economic development and suggested establishing a new Consulate there. In his official 1939 opinion on the matter, Ambassador Horinouchi expressed the need for the new office as follows:

"Because of my recent trip to America’s southern region, I am keenly aware of the urgent need to establish a new consulate in Houston. This is in light of the area’s political and economic relations and the current state of Japanese development there. The political and economic importance of America’s southern region is increasing year by year. In particular, Houston, in the heart of Texas, is a traditional cotton market that recently has shown astonishing development in producing oil. On the issues of trade and public relations, I see an urgent need to establish a consulate there."

Interestingly, even in those days, the Ambassador’s opinion states there was already “Japanese development” in the region. Our records show there was a growing community of about 500 Japanese residents in Texas at that time. A few Japanese companies were already active in the region’s cotton trade. Together they employed a small number of Japanese expats. But most of the region’s Nikkei, or people of Japanese ancestry, were Japanese-Texans whose families migrated starting at the dawn of the 20th century. US laws of the time prevented them from naturalizing, so they maintained Japanese citizenship.

The most famous of these Texas Nikkei is probably Seito Saibara, the former president of Doshisha University. Saibara came to the region in 1903 to assist with rice cultivation at the request of Houston’s Chamber of Commerce and other developers. Soon after, many ambitious Japanese immigrants arrived. They came to follow the “Texas Dream” of starting farms or other businesses across the vast Texas landscape, while nurturing a supportive Japanese community. Even over 100 years later, the traces of these dreams still dot the landscape. You can see it in places like Webster, the home of NASA, where Saibara started a 300-acre farm colony, or Pearland, where the mainline “Mykawa Road” is named after Japanese rice farmer Shinpei Maekawa.


2. Relations submerged by the tidal wave of war

The opening of the Consulate in 1941 must have been great news for local residents and the Japanese community. I imagine the first consular officials felt a deep sense of duty to build strong relationships with the local community. At first, a temporary office was set up in the prestigious Warwick Hotel, now Hotel ZaZa, near Hermann Park. But soon, it moved to a more permanent location on Burlington Street in a quiet residential part of Midtown. I was impressed when I visited the area, that its pre-war character is unchanged after so many years. The Consulate clearly got a good start thanks to generous arrangements from the City.

Beyond promoting trade, the Consulate was also directed by the Japanese government to build stronger public relations. This is possibly due to the social and political difficulties faced by Japanese immigrants of the era. But soon, the tides of history shifted, and war submerged these relations like a giant tidal wave. The Consulate, which was opened less than a year earlier, was closed at the end of 1941 due to the outbreak of war between Japan and the United States. The Consulate’s staff and their families regrettably left the Port of Houston on ships returning to Japan. The sense of deep regret they must have felt, being faced with such a difficult situation so soon after opening, is beyond imagination.

After these early years of turbulence, the Consulate had to wait until 1959 to reopen, well after the end of war and the return of stable US-Japan relations. How much difficulty had the Nikkei people of Texas experienced in those previous 15 or so years? The answer can only be imagined looking at the complex social circumstances of the era. However, the story of the 442nd Infantry Regiment of the US Army helped ease those difficulties to some degree. That regiment was composed of all 2nd generation Japanese-Americans, or Nisei. They were famous for their motto “go for broke!” and for their courage saving the Texas “Lost Battalion” from the fierce battlefields of Europe. These brave Nisei soldiers were later designated “Honorary Texans” by the state government.


3. A great leap to a new beginning

After reopening, the Consulate steadily expanded its activities and eventually was promoted to a full Consulate-General in 1965. Houston had remarkable economic development at the time, and more Japanese businesses began locating in the state to follow a new vision of the “Texas Dream.” One after another, Japanese companies discovered the region’s opportunities and stepped up their expansion. Since that time, local cities, businesses, and industry associations have also become enthusiastic about attracting Japanese companies.

In 1967, the Japan Business Association of Houston, or JBAH, was established. At the time, it had only 56 members including 15 companies. Up until then, the cotton trade was central to Japanese business in the region. But heavy industries like steel, petrochemicals, and machinery soon came to dominate. As Houston became the unstoppable “energy capital of the world”, Japanese companies also ramped-up their investment in oil and gas. The region’s economy has gradually diversified since the oil crisis of the 1970s. And Japanese companies have followed suit by investing in a wide range of local industries, like services, medical science, and aerospace. As of 2021, the JBAH has grown to 758 members, including 112 companies. Japanese businesses now provide more FDI and create more jobs in Texas than those of almost any country.

As I mentioned earlier, there were less than 500 people in the Japanese community when the Consulate opened in 1941. Currently, it is estimated that there are about 25,000 Japanese-Americans and 12,000 Japanese expats in Texas. What’s notable is the accelerating pace of the trend. In the last 15 years or so, the number of Japanese residents more than quadrupled. This is just more proof that a growing number of Japanese companies see Texas as a good destination for investment.


4. The warm embrace of the local community

As the size of the Japanese community has increased, so has the importance of mutual understanding and shared prosperity, nurtured through cultural and people-to-people exchanges. The Consulate has had many strong partners in those efforts, like the Japan-America Society of Houston, or JASH, first established in 1968. In particular, JASH, has built an affinity for Japan among local people by introducing them to its culture, arts and language. JASH has also supported the heart-warming exchange of people for many years through sister-city and youth exchange programs. Similar exchange programs are also active in other major Texas cities, like Dallas, Austin, and San Antonio.

Japanese gardens across Texas are another symbol of this powerful cultural exchange. The JBAH was key to establishing Houston’s own garden in 1992 with the full cooperation of the city. Its location in Hermann Park is very close to the Consulate’s original office in the former Warwick Hotel. Local people visit the garden as a place of quiet relaxation, where they can experience the culture and spirit of Japan. Its impact in building a positive image of Japan simply cannot be measured. This garden, like the annual massive Japan Festival in Hermann Park, continue the Consulate’s original mission of building strong relations with the local public. We are so grateful for the support of so many people who have made such things possible.

Recently I attended the JETRO-sponsored “Doing Business in Houston” seminar, which was held as part of a virtual visit to Japan by Houston’s Mayor Turner. In the seminar, the Mayor and officials from the Greater Houston Partnership spoke. Beyond its amazing economic potential, they discussed how Houston is the most diverse and inclusive place in the nation. I myself echoed those sentiments by discussing how the local community warmly welcome Japanese people and businesses, embracing us like family. Eighty years after the Consulate’s opening, I cannot help but feel thankful to the local community for helping develop such a close mature relationship.


5. Overcoming difficulties in common, and working toward greater shared prosperity

Just as the Consulate was about to celebrate its 80th anniversary and long fruitful history, we found ourselves stuck in the COVID-19 pandemic. The entire community is still fighting hard against this awful plague, which has transformed the way we all live and work. However, there is a Japanese proverb which says “fortune is unpredictable and changeable.” We should bear those words in mind and realize that COVID-19 can also provide opportunities to deepen the bonds between Japan and Texas. The JBAH proved this last year when it donated assistance funds and meals to help local healthcare workers and economically vulnerable people. We must now work to create more resilient and sustainable socio-economic conditions, so we can protect against external threats like COVID-19 in the future. Such forward-thinking efforts have steadily begun here in Texas. We are confident that Japan is a trust-worthy partner that has much to offer in terms of insight and technology. Especially in the industries that Texas prides itself on, like clean energy, medical science, and digital transformation.

It is this contemporary version of the “Texas Dream” which will overcome the difficulties we have in common, and direct us toward greater shared prosperity. In that sense, we can share the vision of promise that the Japanese community of 80 years ago and their ancestors like Seito Saibara saw when they looked at the Texas landscape. In this vast land, we too can see the spirits of hope, cooperation, generosity and friendship. We at the Consulate-General are extremely honored to have supported the bonds of mutual friendship between the Japanese and local communities for so many years. I would like to express my gratitude to all of the communities who have strongly supported this work. With all these thoughts in mind, we humbly request your continued support and understanding on this milestone 80th anniversary, so that we can further advance the Consulate’s goals of shared prosperity and friendship.